“London streets are paved with gold” is a saying that came from the 19th century story Dick Whittington and His Cat, loosely based on the 14th century Lord Mayor of London, Richard Whittington. The saying, which expresses the idea of a “land of opportunity”, is partly ironic, since Dick Whittington found when he went to London that the streets were

After being thwarted by Covid last year it was fantastic to see 18 regulars and new attendees out in force, for what turned out to be one of the best Club Sailing Days ever! In glorious sunshine and a favourable breeze, spinnakers were hoisted soon after departing Port Hamble on the outward leg. Fabulous fast

On Thursday 8th July the Committee met for the 2021 Annual General Meeting. The meeting took place over a Teams call as the 2021 Covid-19 restrictions were not lifted and included a highlight of all the Club’s activities from the past year. The meeting video can be found below. Thank you to everyone that has 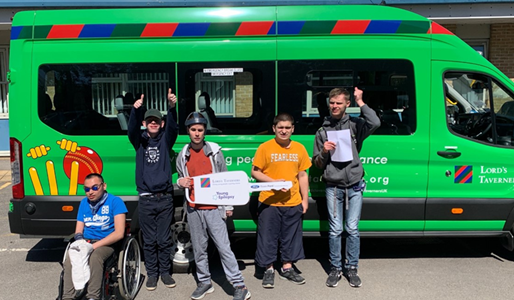 The 100 Property Club, in conjunction with the Young Epilepsy Charity for Children and Young People, is proud to have raised funds, through the members’ efforts, to provide the hard-working students of the Lord’s Taverners Cricket and Disability Charity with a new minibus. The students are exceptionally pleased with the minibus, as it provides them